Get it On Play Store

Capital Bank’s Profits Hit JD80 Million by the Third Quarter of 2022, a 52% Increase
Al-Salem: The group’s assets rose to approximately JD6.7 billion by the end of September, and shareholders’ equity amounted to JD638 million

Capital Bank Group announced JD80 million in net profits at the end of September 2022, compared with JD52.7 million during the same time last year, an increase of 52%, reflecting the confidence of the bank’s customers, partners and depositors.
Capital Bank Group’s assets saw a remarkable 54% growth during the same period, equivalent to JD2.3 billion, of which JD1.6 billion were the result of Société Générale Bank – Jordan (SGBJ) acquisition, thereby reaching approximately JD6.7 billion, compared with JD4.3 billion at the end of 2021. Net credit facilities increased to JD3.3 billion at the end of September, compared with JD2.1 billion at the end of 2021, an increase of 56%. Client deposits also registered an increase at the end of September, by 67% to reach JD4.6 billion, compared to JD2.8 billion at the end of 2021. Preliminary results showed an increase of 63% in net shareholders’ equity to reach JD638 million, compared to JD392 million by the end of 2021.
The Chairman of Capital Bank Group Bassem Khalil Al-Salem expressed his content with the group’s outstanding third quarter results, adding that the group has recently put into motion a number of actions and measures that strengthened its local and regional position, directly in line with its expansion strategy. This includes solidifying the Group’s capital through the issuance of Tier 1 perpetual bonds valued at $100 million earlier this year, which were listed at NASDAQ Dubai. Furthermore, the group increased its capital through the issuance of 63 million shares in favor of the Saudi Public Investments Fund (PIF), one of the largest funds in the world, with a 23.97% share, the equivalent of JD131.2 million, and appointing two members in the Board of Directors.
Al-Salem went on to say that the group now actively offers banking and financial services in the Saudi Arabia market, which is one of the world’s strongest economies, with the opening of the National Bank of Iraq’s first branch in Riyadh, a move that will support and strengthen trade finance volumes between Saudi Arabia, Iraq and Jordan. According to Al-Salem, the group has also finalized the migration of SGBJ’s banking operations and transferred their leasing operations to Capital Bank under the new name - Capital Leasing, while merging the Société Générale-Jordan Financial Brokerage Company into Capital Investments, the investment arm of the Capital Bank Group. Capital Bank Group CEO Dawod Al Ghoul said that the financial results achieved at the end of the third quarter of 2022 are a clear reflection of the group’s ambitious strategy, adding that the net operating income increased by 37% equivalent to JD20 million compared with the same period of 2021, which had a positive effect on the return on shareholders’ equity, reaching 19.4% excluding non-recurring items.

National Bank of Iraq financial results indicated a growth in net income after tax which reached JD11.1 million by the end of September, compared to JD8.6 million for the same period of 2021, a 29% increase.
Capital Investments registered net profits of JD4 million by the end of the third quarter, a growth of 46.5%, supported by the increase in assets under management, which totaled $ 543 million.
Capital Bank continues to implement its digital transformation strategy for both its corporate and individual customers through the most innovative solutions in line with international best practices in the banking industry. At the beginning of 2022, Capital Bank launched Blink, the first local digital bank to serve its customers through advanced banking services that include opening new accounts and performing banking operations with greater efficiency and ease. Capital Bank also redesigned its banking app with new features, in addition to launching “Capital Bank Business Online” platform, exclusively tailored for corporate clients, offering innovative solutions through an advanced digital platform that employs cutting-edge technologies. 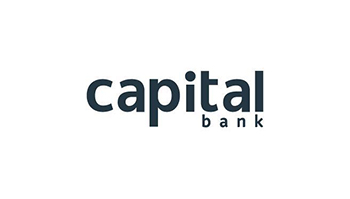 When you use our services, we or also third parties process certain personal data of yours through cookies and similar technologies (“Cookies “). Some of these are essential for our services to work (Essential Cookies). Performance Cookies are used to measure/optimize the content and performance of our services, and Marketing Cookies help us personalize/market our services and display relevant ads. You can find out more about the Privacy Policy.