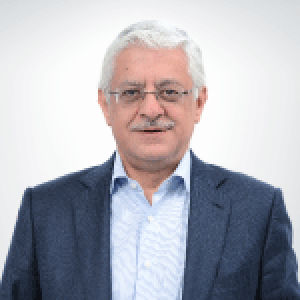 Bassem Al-Salem has been Chairman of the Board of Directors since April 2010. In this role, Al-Salem has re-directed Capital Bank’s attention towards a 21st century public, with particular emphasis on delivering innovative commercial and investment banking services to the Jordanian and Iraqi markets.

Al-Salem has previously served as the Jordanian Minister of Labor and Minister of Finance consecutively (2005 – 2009). He is commended for introducing socio-economic policies that have contributed towards the creation of jobs in both the public and private sectors, as well as attracting businesses and investments to Jordan, while helping homegrown businesses flourish.

In addition to his duties as Chairman of the Capital Bank, Al-Salem is the Chairman of King’s Academy, a Jordanian-based boarding and day school focused on fostering social inclusion through delivering advanced international arts and science programs, and offering need-based grants to families unable to cover the tuition.

Al-Salem currently sits on the board of several prominent private and publicly listed companies, including General Mining Company.

He started his career in Jordan’s private sector where he founded a number of manufacturing companies. 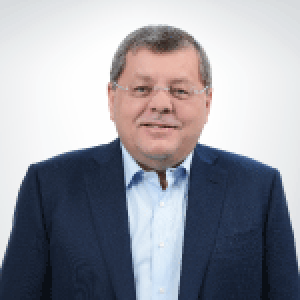 Mazen Darwazah is the VICE Chairman of the Board of Directors of Capital Bank. He brings with him a wealth of experience in building and managing industry leading companies, as well as creating strategies that link to new products, new markets, and new customers.

Darwazah currently serves as an Executive Vice Chairman of MENA, and Chief Executive Officer of Hikma Pharmaceuticals, a leading pharmaceutical manufacturer with a broad portfolio of generic, branded generic, and in-licensed patented products.

In this role, he has led the company’s geographical expansion and developed strategies that were instrumental in strengthening the company’s position on both a regional and global level. He is also the executive lead of Hikma’s corporate social responsibility and sustainability programs.

Darwazah, a 30-year Hikma veteran, has held various executive and leadership roles across several of the company’s businesses. Most recently, he served as chairman and chief executive officer of Hikma Pharmaceuticals Limited, a major group operation and holding company.

He holds a bachelor’s degree in business administration from the Lebanese American University (LAU) and an Advanced Management Program (AMP) diploma from the INSEAD Business School in France. 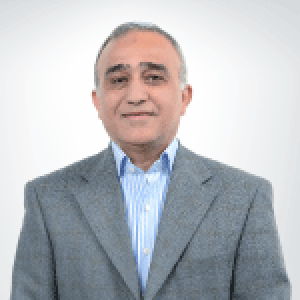 Omar Shahrour represents Investment and Integrated Industries Company on the board of Capital Bank. Shahrour has over 20 years of financial management experience. He is currently financial consultant  at Al Kasih Food Production. He worked as Chief Financial Officer at Nuqul Group, where he was responsible for providing strategic financial leadership, implementing financial processes and controls, as well as financial planning, auditing, and investor relations. The early parts of his career were spent with Coca-Cola, EDGP Management Group and O.M. Hadad & Co. He also serves as a board member at the Pearl-Sanitary Paper Converting Co. Shahrour holds a bachelor’s degree in accounting from the University of Jordan and a master’s degree in business administration from Wayne State University in Michigan.

Shaden Al-Haji currently serves as the appointed representative for the Social Security Corporation on Capital Bank’s board of directors. As the Private Equities Portfolio Management Section Head - Equity Investment Department at the Social Security Investment Fund (SSIF), Al-Haji’s responsibilities include managing a diversified portfolio of private equity investments and private equity funds owned by the SSIF.

Al-Haji holds a Bachelor’s degree in Finance from the University of Jordan, as well as a Chartered Financial Analyst (CFA) certificate from CFA Institute, USA. She also earned a Board of Directors Certification from the Jordan Institute of Directors.

Al-Haji is a member of the CFA Society in Jordan. 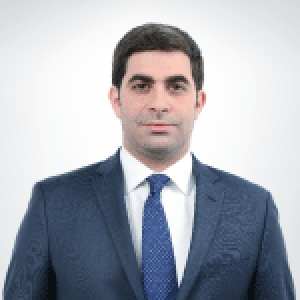 Khalil Hatem Al-Salem represents Al-Khalil Company for Investments on the board of Capital Bank. He currently serves as the Deputy Chief Executive Officer at Al-Majal Business Park, a secure development in southern Iraq offering premium quality accommodation and office space.

In this role, Al-Salem is responsible for the business development and financial growth of the property, leading the company’s strategy and working on delivering innovative services that attract new tenants and enable the growth of its existing tenant base.

Prior to this, Al-Salem was appointed director of the office of HRH Prince Ali Bin Al Hussein, where he supported his bid to become the FIFA vice president representing Asia. During this time, he further held the position of secretary general of the Jordan Football Association (JFA), where he collaborated with FIFA and AFC to implement strong financial operating procedures to support JFA’s structure, strategy, and operations. Al-Salem currently serves as the Secretary General for the West Asian Football Federation

Al-Salem is recognized for the role he played in helping enable the JFA men and women national teams achieve historic milestones in qualifying for Final Asian Championships (2011 and 2015) and the Final Round World Cup Qualifiers (2014).

Al-Salem started his career as a financial analyst at JPMorgan Chase in New York and then moved to the role of director of business development at Capital Investments.

He earned his bachelor’s degree in economics from Columbia University. 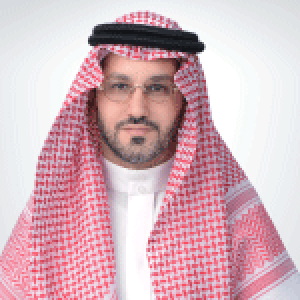 Al-Jadara Company for Real Estate Investment is registered as a limited liability company with an authorized capital of 50,000 Jordanian Dinars. Sultan Al-Seif is the company’s representative on the board of Capital Bank. 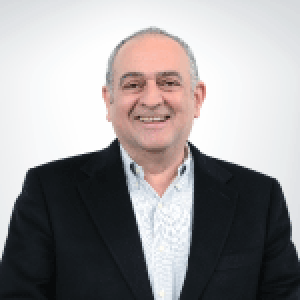 ‘Mohamed Ali’ Khaldoun Al-Husry represents Hotaf Investment Company on the board of Capital Bank. Al-Husry is the founder of Capital Bank and served as its Chairman and Chief Executive Officer since its inception in 1995 to 2007. During his tenure at the bank, he is recognized for pioneering the launch of investment banking activities in Jordan.

Al-Husry serves as non-executive Director for Hikma Pharmaceuticals. He established the company’s European presence in 1989 through launching its first subsidiary in Portugal.

He is currently the Chairman of Endeavor Jordan and sits on the boards of the Micro-fund for Women, Jordan Museum, and Alcazar Energy.

Al-Husry holds a bachelor’s degree in mechanical engineering from the University of Southern California and an MBA from INSEAD, France. 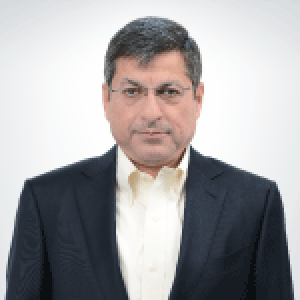 Omar Bitar is a recently retired PricewaterhouseCoopers (PwC) Partner. During his tenure at PwC, he was the head of Business Advisory Services, responsible for leading the company’s management consultancy and corporate finance practice in the Middle East. Prior to that, he led PwC’s operations across Jordan, Iraq, Libya, Syria, and Palestine.

Bitar has extensive experience in operational and financial advisory, auditing, privatization, and corporate restructuring across numerous industries, including banking and financial services, hospitality, construction, manufacturing, and oil and gas.

He began his career with Arthur Andersen LLP in 1984 where he gained auditing experience, and later transitioned to financial management and consulting work. In 1997, Bitar was asked to build Arthur Andersen’s consulting practice in the Middle East.

Bitar holds a bachelor’s degree in finance and banking from the University of Missouri-St. Louis. 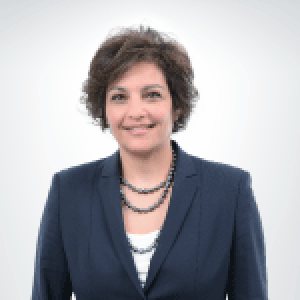 Reem Goussous is currently the Managing Director of Endeavor a global  organization that works to catalyze  long term economic growth  by  selecting, mentoring, and accelerating fast growing startups and SMEs. Goussous worked as  Senior Manager and Lead Economist at Al Jidara, a regional consultancy firm that provides governments and organizations within the public and private sectors with economic, development, and management consulting services.

She spearheaded the establishment of several research and reporting units, as well as worked as a policy advisor for the Minister of Planning and International Cooperation. 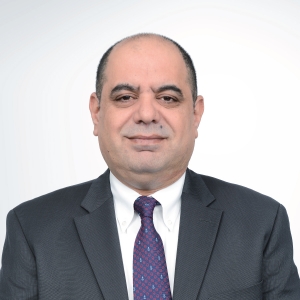 Ahmad Hanandeh was the Chief Executive Officer of Zain Jordan, a leading Telecommunications company with more than 1300 employees. Hanandeh currently serves as the Cheif Executive Officer for Iraq E-gate and founder and CEO of ZKF-apps. A CEO with a passion for Technology, Entrepreneurship, Customer Experience and Innovation. International experience combined with strategic mindset and a focus on deliverables and implementation. An insightful leader with versatile background in telecommunication, finance, operations and business development.

Prior to joining the Zain family, Hanandeh was the General Manager of Posta Plus, a Gulf-based company specializing in world-class delivery, courier and postal services across the Middle East. During that period of his career, he accumulated unique leadership capabilities within a diverse and multicultural environment.

He began his career with Aramex Group, as a key member. He had initially joined as an accountant and became a country manager in numerous Aramex’s Asian stations.

Hanandeh holds a bachelor degree in Banking and Finance from Yarmouk University. 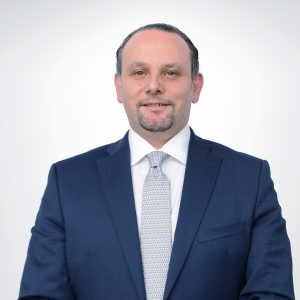 Prior to assuming his current role as a Chief Financial Officer, Khalid held several senior Finance positions in the Hikma and was a key member in taking the company public in 2005. Following qualifications as a CPA, he held a variety of roles in financial accounting, reporting and financial advisory services. Khalid also had managed several multination audit engagements at Arthur Andersen in Amman, Jordan.

Khalid is a Certified Public Accountant and has an MBA from the University of Hull. 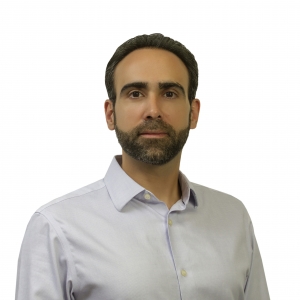 Mohamad Haj Hasan is the co-founder of two of the most innovative startups in the Middle East and North African (MENA) region: Jawaker, which is an online and mobile card gaming company specializing in locally relevant card games for the regional market; and Akhtaboot, an online and offline recruitment solutions provider.

He has also served as vice president of quantitative analysis at Rasmala Investments in Dubai as well as a financial analyst at Dresdner Kleinwort Wasserstein, a global financial institution operating a boutique investment banking unit in the US.

Mohamad holds a Master of Business Administration/Master of Arts in Education from Stanford Graduate School of Business and a BSc in Finance with a minor in Economics from Massachusetts Institute of Technology.